According to the report, Intel 14th Generation Meteor Lake Processors Delayed to Q4 2023 as TSMC 3nm Node production of tGPU that is Tiled-GPU (integrated) will end in early 2023. To the best of our knowledge, Intel has denied all rumors regarding the status of Intel’s 14th Gen Meteor Lake CPUs.

However, Twitter source (@davidbepo) suggests a different story and leak most of the details regarding the TSMC 3nm process node that will power upcoming Intel’s tGPU (integrated graphics engine) and it appears that this happens alongside the release of Intel 13 Gen i9 K-series line of processors.

According to our source, “OneRaichu,” Intel’s 3nm tGPUs may not appear until the 15th Gen Arrow Lake CPUs launch in 2024, which is quite a delay in our opinion. This means that the new 3nm architecture will be preferred for Arrow Lake and Lunar chips in the 15th generation and beyond.

Unfortunately, rumors began to circulate after DigiTimes and TrendForce reported that something went very wrong with Intel’s Meteor Lake CPUs, resulting in a potential delay. According to reports, tGPU, which will use the TSMC 3nm process node, has caused some issues to woes production.

For whatever reason, delayed CPUs are a serious problem that Intel must address soon. First Coron and then production flaws cause shortage? Meteor Lake CPUs showed us a promising future with tGPU, which uses the TSMC 3nm process node for high-performance 3D computing, as well as hybrid cores (power cores and efficiency cores).

Rumors tell us that Intel’s tGPU for Meteor Lake CPUs mass production has been delayed to late 2023. This could simply be a game changer for Intel, but it is now scheduled for the Intel Innovation Event in 2023.

Intel categorically denied the rumors. According to the CEO, Pat Gelsinger, quote, the production of Meteor Lake CPUs is on track. He also explained that this processor is not entirely based on the “Intel 4” process node, but rather a combination of “Intel 4” and “TSMC 3nm,” with the Compute Tiles being manufactured by Intel and the tGPU tile being manufactured by TSMC.

He also informed us that Intel’s tGPU or Tiled-GPU will have up to 192 Execution Units, a 2x increase in performance over current iGPUs. Officially, Pat Gelsinger stated that it is simply TSMC delaying 3nm (N3) production until the first half of 2023, which was originally scheduled for late 2022. Now the mass production of the 14th Gen family has been pushed back to the end of 2023, and possibly even 2024, for some unknown reason.

This means that 14th Gen Meteor Lake will be available in 1H23 Q1 2023, and due to the delayed production schedule, we believe team blue fans should join team red. AMD is hitting hard with Radeon iGPU (such as AMD Radeon™ 680M from Zen 2-based mobile platform), which is currently competing with the RTX 3050 with competitive FPS and now that Desktop Ryzen 7000 (Zen 4) based processors are going to be released on September 15 (leaked by MSI reports), we say AMD Desktop APUs with Ryzen 7000 will be awesome, with 16 Cores and 32 Threads. 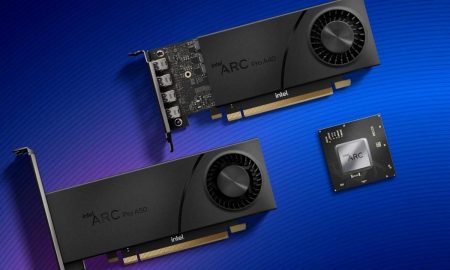